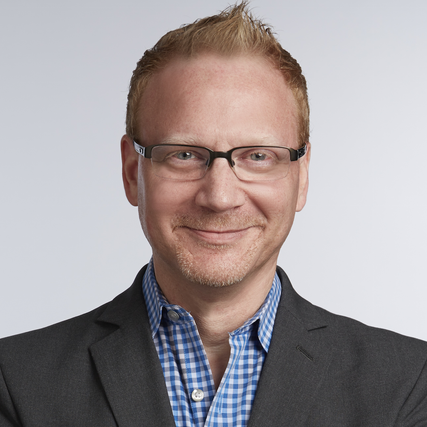 It’s tempting to mock the trendy notion of “people-based marketing.” It sounds self-evident, like “water-based boating.” Seriously, if you’re not marketing to people, who are you marketing to? Iguanas?

OK, so It’s Not as Dumb as It Sounds‍

Once we’ve indulged in knee-jerk snark, we have to admit that the phrase flushes a valid point from the thicket of marketing jargon. In digital advertising, many messages aren’t directed at people — they’re directed at devices. Unfortunately, digital marketers often have no way of determining which member of a particular household is using a particular device at a particular time.

So if you’re targeting the wife with a banner ad for strappy crisscross sandals, but the husband happens to be the one using the iPad at that moment — well, you might as well be targeting an iguana for all the response you’ll get. Digital marketers have yet to fully solve the next step — sorting messages for particular devices. And like just about every problem that crops up in the digital realm, they seek a solution in a more sophisticated algorithm.

Why Use Artificial Intelligence When You’ve Got the Organic Kind?‍

At PebblePost, we don’t have that problem. Instead, we rely on intelligent, highly intuitive sorting machines to be sure that each piece of Programmatic Direct Mail® reaches the intended recipient in a given household.

That’s right. Not only are people the intended target of our people-based marketing — they’re a part of our delivery system. And they’re actually happy about it.

Here’s why. Unlike digital messages, which arrive as an intrusive onslaught of ones and zeroes 24/7, traditional mail arrives in your mailbox just once a day. You decide when to collect it. And when you do, you hold a manageable pile in your hand. You feel a little thrill of anticipation as you carry it inside: What did I get today?

And then you sort it. Doesn’t matter whether you’re married with two teenage kids or a millennial sharing a house with four friends. You know where to put each piece of mail so it reaches its intended recipient — including that offer for strappy crisscross sandals.

Shrinking that Last Mile to a Few Feet
Another trendy marketing phrase you hear a lot these days is “the last mile.” With Programmatic Direct Mail®, we don’t have to worry about completing the last mile. We just need to travel a few feet — from the mailbox to the kitchen table. The people in that household will do the rest.

We sat down with Rita Kelly, VP of Marketing and Communications at Trafalgar, to learn how they incorporated Programmatic Direct Mail® into their marketing mix to identify high-value customers and drive sales.

To kick off our new Marketer Spotlight Series, PebblePost’s Sydney Russell chatted with Ellen Bartolino, Growth Marketing Manager at Equinox Media, which provides access to a collective of fitness brands like Equinox, SoulCycle, [solidcore], and more through Equinox+.